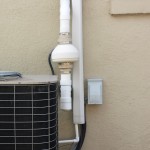 So what is Radon, exactly? Radon is a colorless, odorless, radioactive gas. It forms naturally from the decay of radioactive elements, such as uranium, which are found in different amounts in soil and rock throughout the world. Radon gas in the soil and rock can move into the air and into underground water and surface water.

Radon is present outdoors and indoors. It is normally found at very low levels in outdoor air and in drinking water from rivers and lakes. It can be found at higher levels in the air in houses and other buildings, as well as in water from underground sources, such as well water.

Radon breaks down into solid radioactive elements called radon progeny. Radon progeny can attach to dust and other particles and can be breathed into the lungs. As radon and radon progeny in the air break down, they give off radiation that can damage the DNA inside the body’s cells.  In many cases resulting in lung cancer.

For both adults and children, most exposure to radon comes from being indoors in homes, offices, schools, and other buildings. The levels of radon in homes and other buildings depend on the characteristics of the rock and soil in the area. As a result, radon levels vary greatly in different parts of the United States, sometimes even within neighborhoods. Elevated radon levels have been found in every state.

Radon gas given off by soil or rock can enter buildings through cracks in floors or walls; construction joints; or gaps in foundations around pipes, wires, or pumps. Radon levels are usually highest in the basement or crawl space. This level is closest to the soil or rock that is the source of the radon. Therefore, people who spend much of their time in basement rooms at home or at work have a greater risk for being exposed. Modern homes have been built better and are sealed better than old homes. Sealing, tight windows, insulation wraps, and less air flow also help to maintain higher radon levels.  Old and new homes should be tested.

Is Radon Common in New Jersey?

New Jersey has high radon levels in many areas throughout the state. Some of which are extremely high and others are moderately high. In all counties high levels (over 4pc/l) have been found.  We have performed testing throughout NJ and have found high levels in all types of homes.  With basements, crawlspaces, and even slab build foundations.  In my local area of Morganville (Marlboro), radon levels are high, even though we are in Monmouth County.

One in six New Jersey homes has elevated levels of radon, but only about 30 percent of households across the state have been tested, state officials say. Overall, radon is the second leading cause of lung cancer.  Nationwide estimates indicate deaths from Radon Gas exceed 21000. About 2900 of these deaths occurred in people who have never smoked. We highly recommend testing all homes while doing a home inspection or if the home has not been tested for radon.

List of Towns and general Radon levels(Elevated levels have been found in all regions).

Radon levels can change with time of the year, weather, soil density,  construction, and other factors in the area.  Personally, in my own home in Morganville, NJ my levels were low when I first moved into my house.  I recently retested just a few years later, and the levels were high at 6.8pCi/L. I had a mitigation system installed, and now the levels are below 2.0pCi/L.  Protect your family, and loved ones, make sure you have your home tested for radon, and mitigated if the levels are high.  Remember, levels above 4.0pCi/L have been found in all tiers, so be smart and safe, and hire our professional Morganville NJ radon testing service today.